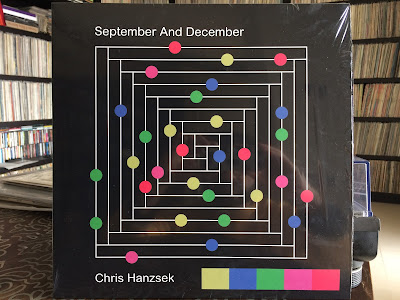 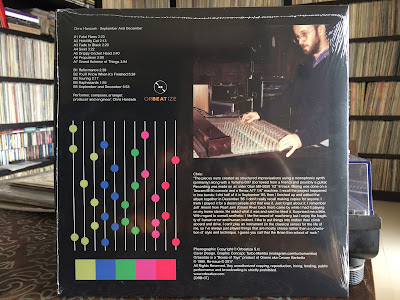 Originally recorded in 1985.
Chris: "The pieces were created as structured improvisations using a monophonic synth (primarily) along with a Yamaha DX7 (borrowed from a friend) and possibly a guitar. Recording was made on an older Otari MX-5050 1/2” 8 track. Mixing was done on a Tascam M-50 console and a Revox A77 1/4” machine. I recall the project happened in two bursts: I did half of it in September '85, then I finished up and edited the album together in December '85. I don’t really recall making copies for anyone. I think I played it for a dozen people and that was it. Just forgot about it. I remember Jeff Ament from Pearl Jam (Green River back then) came by while I had it playing on my home stereo. He asked what it was and said he liked it. Surprised me a little. With regard to overall aesthetic: I like the sound of machinery, but I enjoy the fragility of human error and human instinct. I like to put things into motion then climb aboard and drive. I can’t play an instrument (in the classical sense) for the life of me, so I’ve always just played things that are mostly choice rather than a convolution of style and technique. I guess you call that the Brian Eno school of rock."